How To Dress for International Travel

Home / Foreign Cash in Ontario / How To Dress for International Travel

I grew up in the 80s and have vivid memories of polishing and shining my leather shoes before every family outing. Back then, I’d never dream of attending church in anything less than my Sunday best. This included the rare occasions that we would eat out at restaurants, too — we made sure to dress to impress.

My, how things have changed!

Church-goers these days are often seen wearing jeans. Even fine dining restaurants are full of patrons in casual attire. Our culture has become much more casual in many respects and world travellers should be cautious when travelling in countries with different practices and customs, including dress.

The following stories are from clients. I’m sharing them here in the hope that they will lend some insight and help to prevent you from making the same mistakes while travelling abroad:

While I’d been to Italy a dozen times before, I had never before visited the Vatican and I looked forward to it. During our usual church visits, my grandmother encouraged a certain level of dress — by shooting me disapproving looks when we discussed my options. I took these lessons with me to the Vatican, only to be turned away at the front door. I covered my bare shoulders with an appropriate shawl, but didn’t realize that my skirt sat JUST above my knees. Unbeknownst to me, this was not acceptable. Luckily, there was a street vendor nearby who sold me a skirt that was long enough, and I was admitted into the Vatican.

The repercussions for a woman caught wearing a short skirt or shorts is a bit more severe in Uganda, than the Vatican. In fact, it’s illegal for women to wear anything above the knee, and they can be imprisoned for the offence.

I have been recounted with many stories of life in Sudan that involved both men and women being punished for their dress. One story that stands out most to me is from 2014, when nine women were each delivered 40 lashes just for wearing pants. Extreme interpretations of Sharia Law have resulted in severe punishments for women seen wearing short skirts or pants, and for men seen wearing makeup. Be wary of these laws as they are also applicable to visitors.

France and Belgium were the first amongst a group of countries that have outlawed the Burqa. This list now includes Tunisia, Austria, Denmark, France, Belgium, Tajikistan, Latvia, Bulgaria, Cameroon, Chad, Congo-Brazzaville, Gabon, Netherlands, China, Morocco, and Sri Lanka. In contrast to both Sudan and Saudi Arabia, these countries have outlawed any clothing that covers the face. France has even gone so far as to ban motorcycle helmets that completely cover the face. While this law (viewed by many as Islamophobic) has been challenged in courts, it is still being upheld due to the belief that it is important to view each other’s faces in the public sphere.

To be safe, it’s important to research any country that you’ll be visiting and adopt the belief that “when in Rome, do as the Romans do.” Out of respect, and for your own personal safety, research how to dress for international travel before you take off. Embrace the cultural differences of each country you visit and let your experience be a part of the memories that you build while abroad!

If you’re planning to travel abroad in the near future, visit Currency Converters in Waterloo. 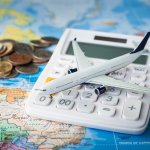