The recent increase in the value of Bitcoin (BTC) has sparked many inquiries from investors and our customers. People are asking:

Where can Bitcoin be purchased?

What can you use Bitcoin for?

The current pandemic has created an economic disruption that people are responding to much like they would a war or a recession.

Why? Because consumer patterns change in times of turmoil.

Unlike recessions or wars in the past, we have a new unit of measure that is exhibiting the same behaviour: Bitcoin.

Typically, precious metals (silver, gold, and platinum) increase in demand during times of economic instability. This pandemic is no different. Gold has seen a dramatic increase in value over the past year. The rationale behind this increase is that the price of gold is not dependent on the actions of any one single government.

If you’re worried that a government or country’s economy might collapse, the value of the currency being used by that country will also plummet. In these situations, gold will only see positive value changes as its demand rises.

Bitcoin (among other cryptocurrencies) has seen a massive surge in value during this pandemic. The rationale for buying Bitcoin during times of instability might be the same when people buy gold, as there is no single government that affects the supply, demand, or value of Bitcoin. This makes it an attractive investment.

In its short 12-year life, Bitcoin may actually have proven itself more useful than gold. While I would be hard-pressed to find a baker who will accept gold in exchange for a loaf of bread, there is a vast online market that increasingly welcomes payment in cryptocurrency.

Gold Fluctuation Over Two Years (Measured against the Canadian Dollar)

BTC Fluctuation Over Two Years (Measured against the Canadian Dollar)

Are you using Bitcoin, cryptocurrency, or precious metals to hedge against a downturn in the economy or falling trust in currencies? Or are you confident that cash will remain king in spite of the fallout from the pandemic? Let us know in the comments section below.

If you have any questions about exchanging cash assets, make sure to get in touch with us! 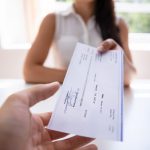 Traveller’s Cheques Are The New Layaway: Soon They Won’t Exist! 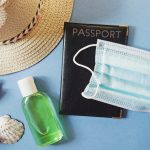 Travelling In The Era of COVID-19