Home / Foreign Cash in Ontario / Betrayed By India: The Risks of Holding Onto Foreign Currency

On November 8, 2016, Narendra Modi, the Prime Minister of India interrupted TV programming with an unscheduled announcement that would shake their economy.  He announced that within hours, the two most common banknotes in circulation would be withdrawn from circulation.  The 500 rupee and 1000 rupee banknote (roughly equivalent to the Canadian $10 and $20 bills) would soon be worthless.

Whether or not these reasons are honest, the end result was mayhem for travellers, financial institutions, and for the local economy.

The Risks of Demonetization & Currency Devaluation

Indian citizens with the discontinued notes were told they could exchange them in limited amounts for new 500 and 2,000 rupee bills before the end of the year, leading to large queues outside banks and post offices. However, individuals and organizations outside the country found it much harder to exchange their demonetized currency.

Travellers that had pre-purchased currency for their planned trip were now left with a wallet of useless currency.  Financial institutions that stocked Indian rupees saw their inventory levels become worthless overnight. In many cases, it was impossible for those living overseas to exchange the discontinued notes before the government deadlines.

Cash is essentially an IOU that a government issues. The issuer of the IOU ultimately has the ability to render this IOU worthless at any time. This situation is an excellent illustration of why it is not wise to hold savings in cash form.

Another devastating devaluation of currency has occurred in Venezuela. Common to countries that have experienced economic turmoil, Venezuela has seen inflation rates soar to over 800%, rendering their currency almost worthless. Unlike the situation in India, the banknotes themselves have not been nullified. Instead, inflation in Venezuela has meant that the amount of currency that was once needed to buy a car would now not suffice to buy a week’s worth of groceries.

While the scenarios differ, the result is the same. Where there is instability or distrust in the government, travellers should take caution if they plan on holding currency for an extended period of time.

What Should You Do?

It is usually advisable to travel with domestic currency to your destinations. These two scenarios present a situation where it makes more sense to travel with a strong alternative currency and convert your funds on an as-needed basis.

When planning your next trip, if you’re unsure about decisions to make with your currency needs, feel free to call or email Currency Converters!  We’d love to help. 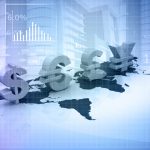 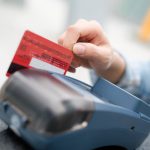