When Cash Is No Longer King

Home / Exchange Rates / When Cash Is No Longer King

Years ago, I vividly remember my mom pulling into a gas station and reading a piece of cardboard that was taped to the pump. It read “we no longer accept $50 and $100 bills”. This was the first time that I had heard of a retailer being selective about their method of payment.

At the time, we could fill a tank for less than $20, so I assumed that it was likely a choice that reflected their difficulty to make change for large bills.

Later, I remember overhearing a lawyer banter with the unsuspecting pump attendant about The Canadian Currency Act and how it was illegal to refuse his $50 bill as payment.

Over the years, these requests have found their way into retail stores, coffee shops, and drive-thru windows, and I came to understand that the greatest concern was the risk associated with accepting a large counterfeit bill. If a retailer accepts a fake $100, the loss is obviously much more devastating than if they had accepted a fake $5.

While the risk of loss due to counterfeit bills appears to be a real fear, the likelihood of it happening is relatively low. In 2018, Canada recorded 33,405 counterfeit bills presented and intercepted by retailers. This is a notable improvement from the 2014 number of 62,366 counterfeit bills that were suspected to be in circulation. With over one billion Canadian banknotes in circulation, this means that the chances that you’ll receive a counterfeit note is roughly 1.6 times out of 100,000.

Canada’s adoption of polymer notes and the overall increase in the use of digital currency (debit and credit cards) has resulted in fewer counterfeit bills in circulation.

Now with threats of COVID-19 and other communicable diseases possibly living on banknotes, even fewer businesses are agreeing to take cash. The discussion surrounding appropriate amounts of time to leave banknotes in quarantine after exposure, and other safe handling measures often lead to the easier “let’s just avoid it” conclusion.

The Bank of Canada has weighed in on this debate, and, rather than taking a legal stance and referring to the Canadian Currency Act, they are reminding us that eliminating cash means that many Canadians won’t be able to make purchases. There are many Canadians that are underserviced by banks, and these Canadians rely on their ability to use cash as a means of exchange.

At Currency Converters in Waterloo, we will always have your back when it comes to exchanging cash and purchasing foreign currency. For a list of all our services, click here. 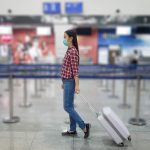 How Different Will Future Travel Be? 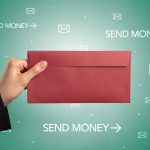