Many of our clients find us while seeking to exchange money for travel, but we are also thrilled to help business owners that have currency needs abroad. Our ability to offer competitive rates of exchange and inexpensive fees for wire transfers results in some very happy customers! Over time, we have heard many stories about the cultural barriers that can arise when doing business internationally and wanted to share them:

We had a client who travelled to Korea a few years ago in hopes of establishing a relationship with a manufacturing firm there. The trip was going really well and was very professional until our client was invited to a night of karaoke with their host. Worried about their inability to sing, our client initially turned down the invite, but after learning that this is a typical activity in Korea (similar to our “business” golf game), they agreed to go. He later found out that the success of their business partnership hinged on that night of karaoke!

We service several businesses in the area that have affiliate partners or head offices in Japan. When one of these particular clients had returned from a business trip, they relayed to me the extreme importance and etiquette that the Japanese place on business cards. Unlike Canada, where they are declining in relevance, business cards are a celebrated marketing piece in Japan. When offering your business card to someone in Japan, use both hands to hold the card and be intentional so that the design of the card is facing upward prominently. If you are on the receiving end, demonstrate gratitude and respect when accepting someone’s card. Failure to do so is considered extremely rude.

A client of ours was at the wicket recently purchasing some UAE Dirham. He was notably nervous, and when we asked why, he announced, “because I’m left-handed!”. What I didn’t realize was that in many Middle Eastern countries, using the left hand to eat or write is considered unclean, because in their opinion, it should only be used for personal hygiene tasks. This client was texting up a storm while I conducted his trade and I wondered whether he would be as fast to point and click if forced to use his right hand.

The idea of punctuality seems to be interpreted differently in various countries. Germany and Australia have developed reputations for placing importance on being early for meetings, whereas Italy and Spain have reputations for being notoriously late. A great rule of thumb is to always be on time or a bit early – while no one will fault you for being early, you always run the risk of offending the other party if you’re late.

Like any venture, embarking on international business is worth researching before you board the plane.

There are many tiny efforts that you can make that will ensure your journey is much more successful.

If you are in need of foreign cash for your travels abroad, start a conversation here or give us a call toll-free at 877-237-4340. 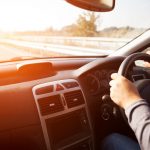